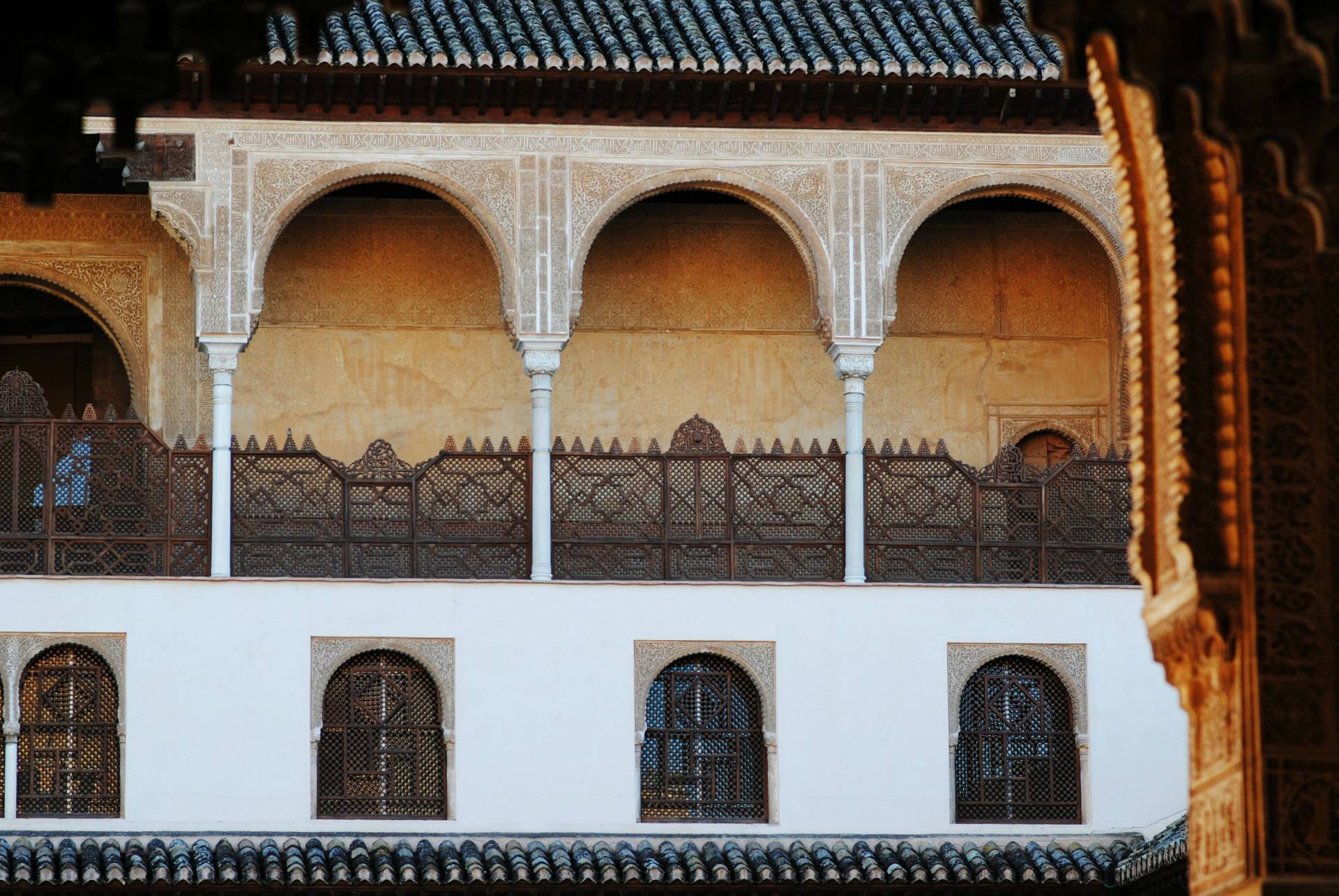 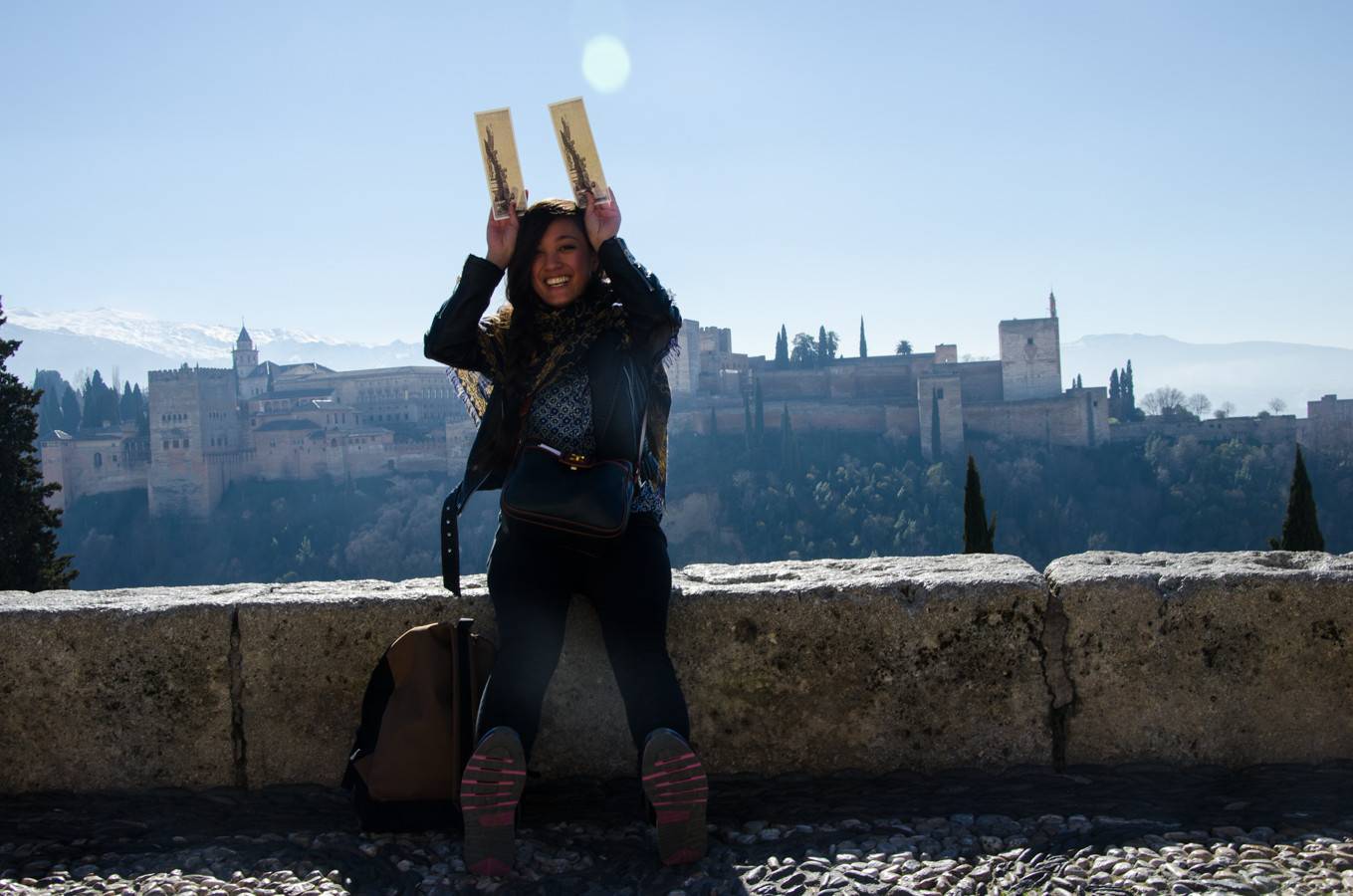 About a year ago, I had just returned from an amazing 10 days of travelling around the southern Spanish region of Andalusia which started off in Granada and, boy, had I taken a lot of photos. This post, along with the images, had previously been published on the old blog and it has now been adapted for this site.

Ever since I started taking only my phone with me on holiday and Christine Xuan had taken charge of shooting beautiful outfit photos for KARINA blog, my DSLR and 85mm lens had been severely neglected so it was great to finally get back into using them both as well as swapping lenses throughout the trip with my boyfriend. Hooray for both of us being Nikon people!

We flew out from Frankfurt Hahn and arrived in Malaga in the late morning, so we decided to head straight to the beach near the city centre where we napped, travellers’ backpacks and all, for a good two hours.
(Train from Malaga Airport to Malaga centre: 1.80 EUR)

After a leisurely lunch on the beach we decided it was time to head on off to Granada – an hour/two hours away by bus which would cost you around 14 EUR one way. Upon arrival at the bus station, we came across a tour stand called Play Granada. Now, let me tell you, I am usually the kind of person who is a little sceptical about booking guided tours but a two-hour morning bike ride seemed like a brilliant idea. The fact that it was half-price at the stand convinced us too… and boy was it worth!!! The other person who had booked the same time slot as us was a no-show which meant that we had our guide to ourselves.

Bicycle tour
We started off by cycling off through the Albaicin, up to a location that looked over the Alhambra and the beautiful backdrop that is Sierra Nevada. I also made a couple of four legged friends along the way. Our guide took us to a small gypsy market where we stocked up on delicious fruits and fresh veggies which we would use for dinner later that night. The Mirador de San Nicolas is definitely worth a climb to see both the Alhambra and Sierra Nevada, as well as a handful of street musicians and hand-crafters on the square.

Our guide took us back to the Play Granada HQ where we were told we could return at any point to buy a drink or use the free wifi if need be and where we were given suggestions for tapas bars and things to see. I cannot stress just how much we loved the cycling part of our time in Granada! My boyfriend and I then hopped on a bus up to the Alhambra (which was no more than 2 EUR) and holy moly I think I went a little overboard on the architectural photography. In the evening we met up with with a friend who had been studying in Granada and he took us to Bar los Diamantes, one of the best tapas bars on the Plaza Nueva. A bunch of tapas and a cold beer? HELLO.

Recap
We spent a total of three nights there and on our final morning, our friend took us to Plaza Bib-Rambla where we had Churros con chocolate. Best. Breakfast. Ever… The churros were light and fluffy – not like the ones I’m used to eating from the Christmas market or the summer fair (Schueberfouer) we have each year in Luxembourg. We had so many special moments and memories throughout our Andalusia trip but all in all, I think Granada was our favourite city.

Now, if you are mentally prepared for a whole load of photos see below just how crazy I went with snapping up photos of the Alhambra! Enjoy.